Over 1500 riders and 1900 horses compete for titles and high-stakes prize money at Land Rover Horse of the Year. Discover the elegance of Dressage, the adrenalin of Cross Country, the perfection of Showing, Mounted Games and more. The not-to-be-missed Show-Jumping classes will have you jumping out of your seat (and holding your breath) as you watch these talented horse and rider combinations jump various heights up to 1.60metres. 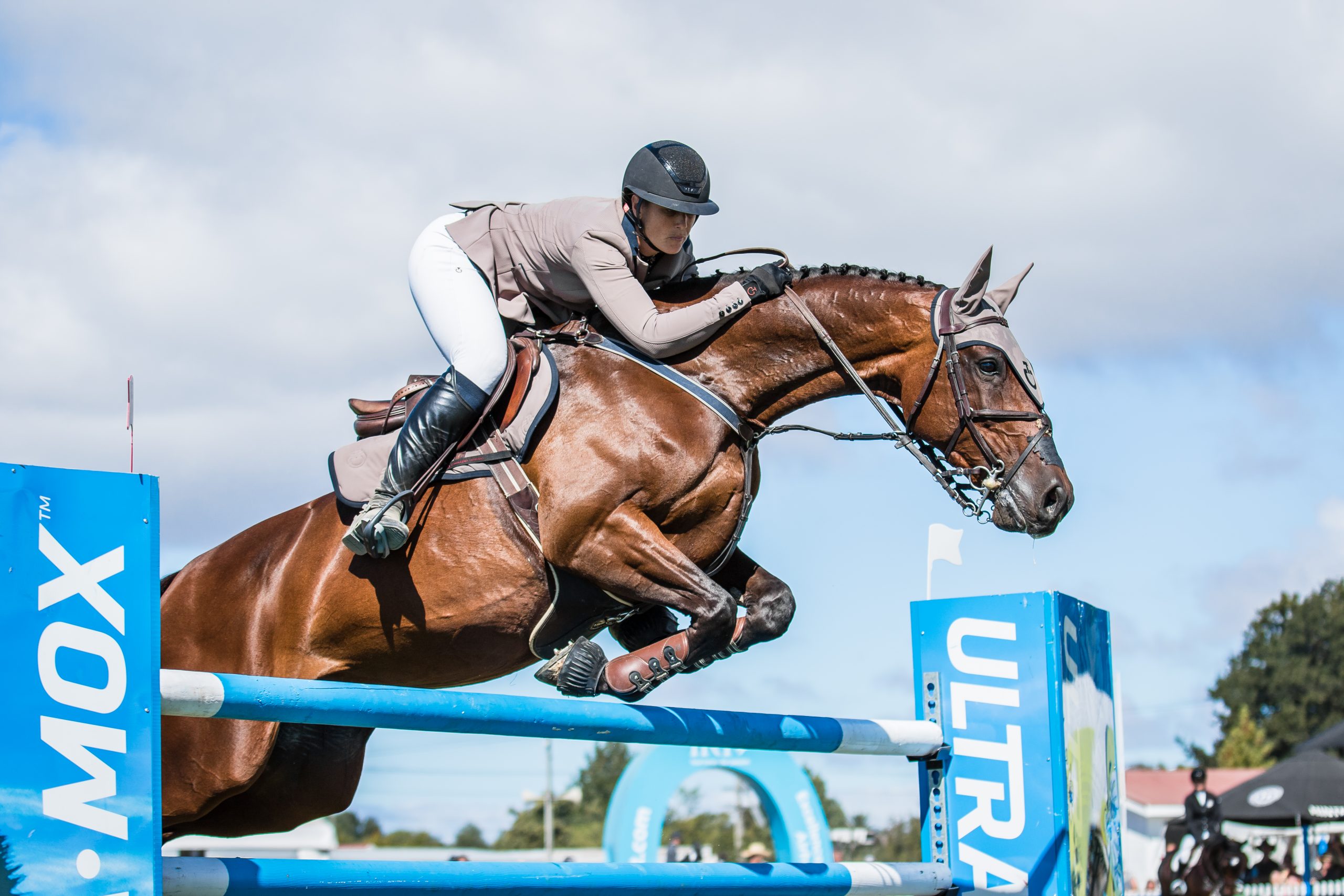 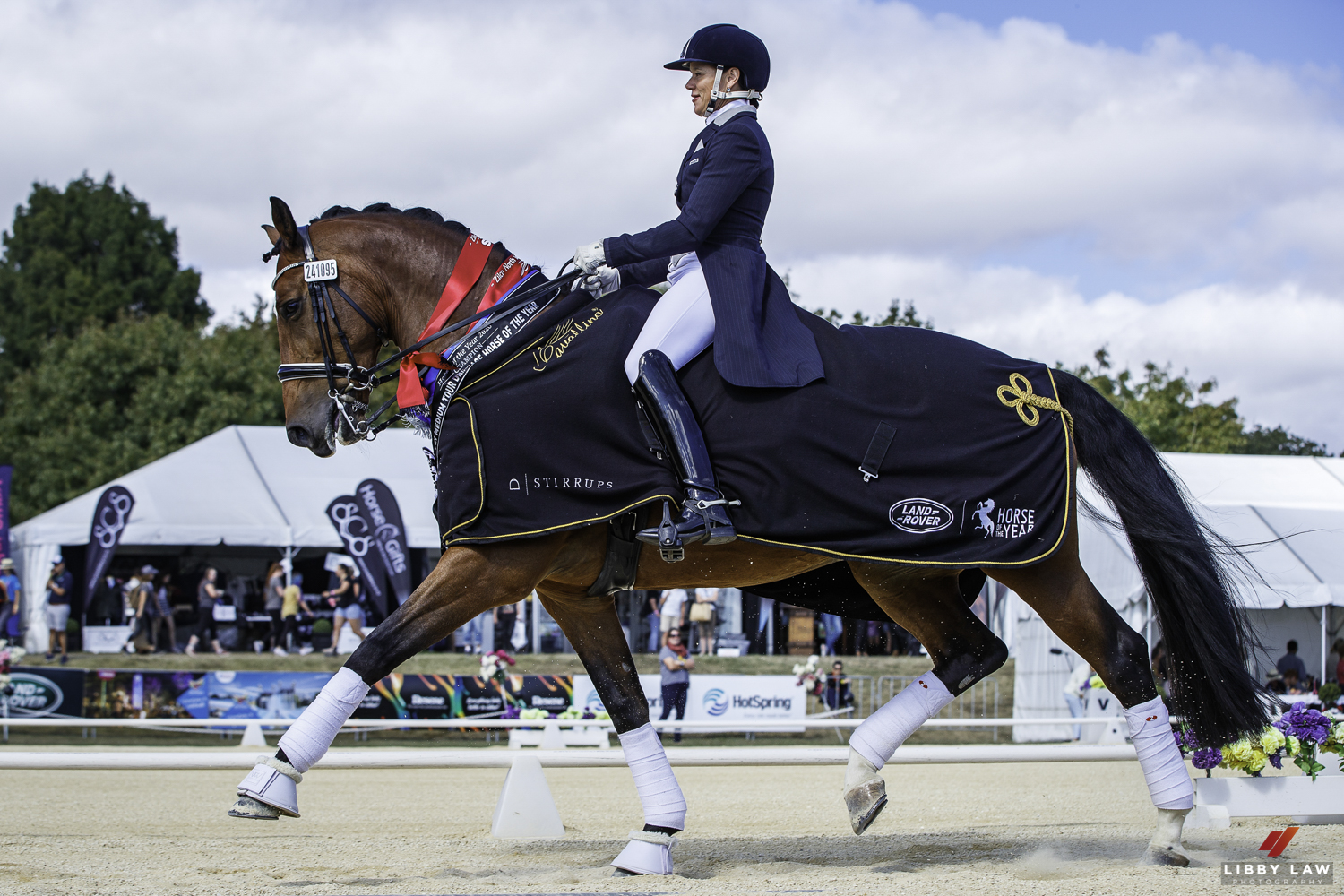 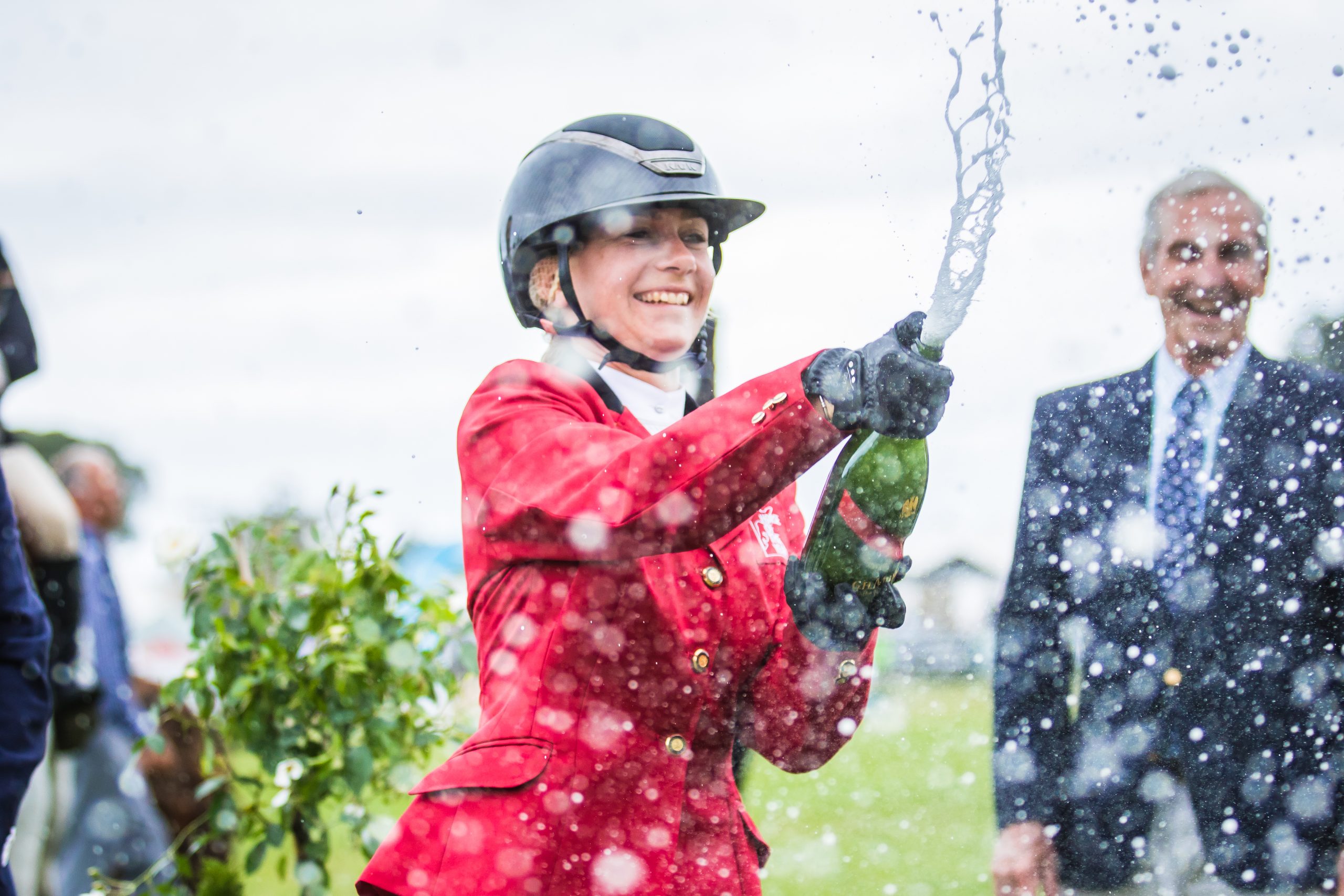 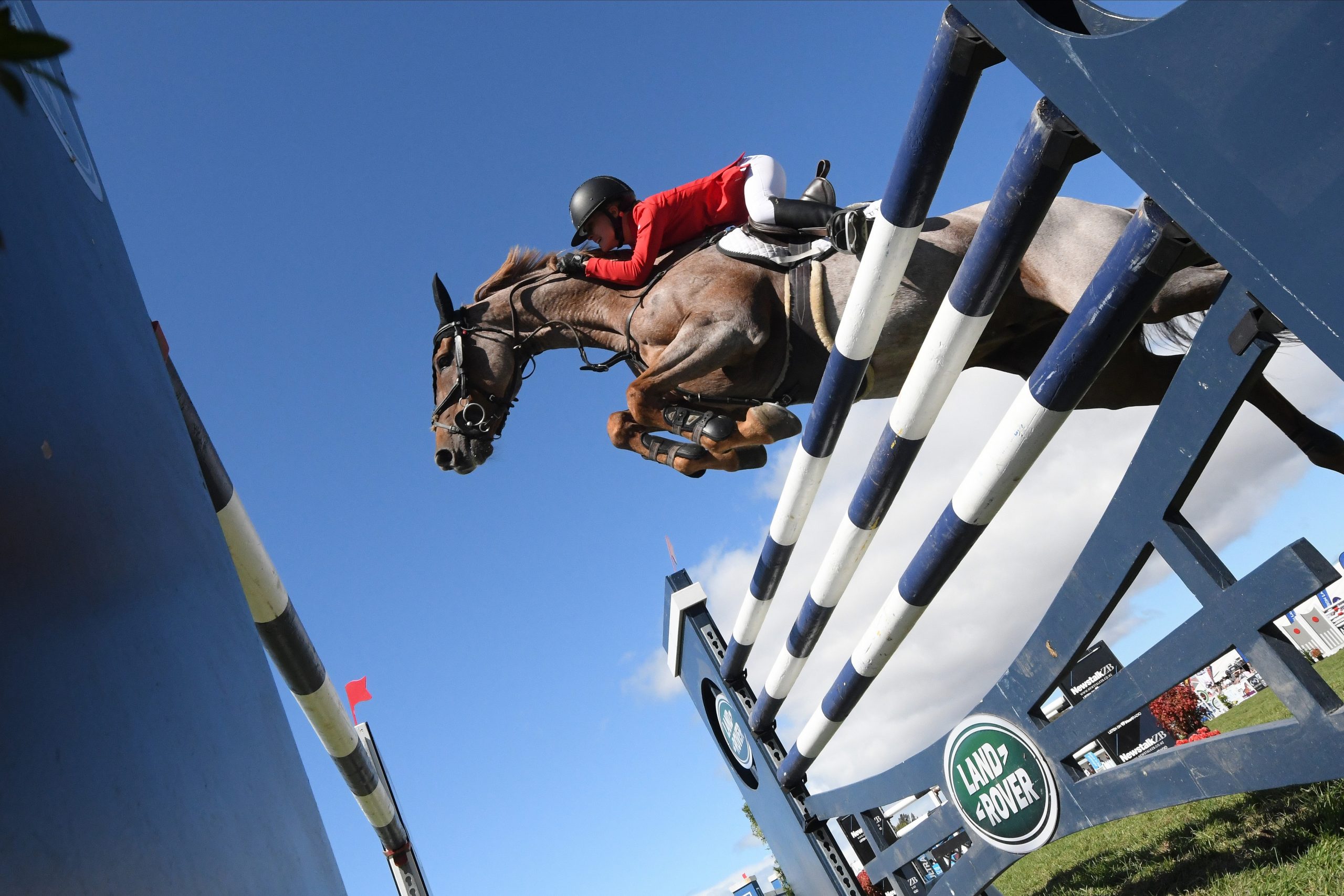 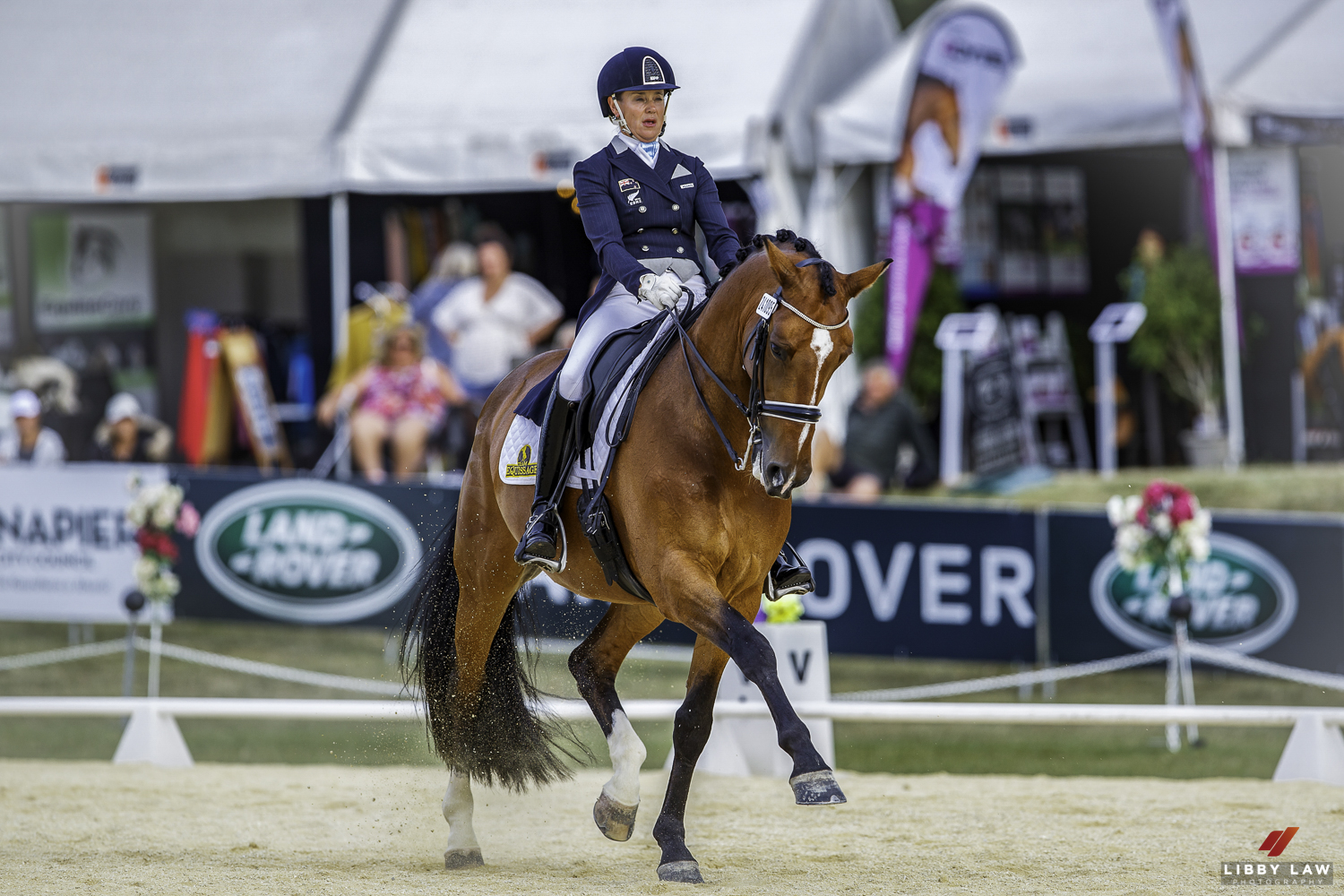 A dressage test is a series of complex movements that must be performed from memory. A 60m x 20m arena is marked with letters, which are deemed the marker points for each movement: the higher the level, the more difficult the movements and the test is. The rider with the highest percentage will win. Higher level tests have multiple judges, who’s scores are added to create an average. Riders can also compete in freestyle dressage, where they perform their own sequence of the ridden movements to music, which has been seen as ‘horses dancing to music’, with no two tests alike. 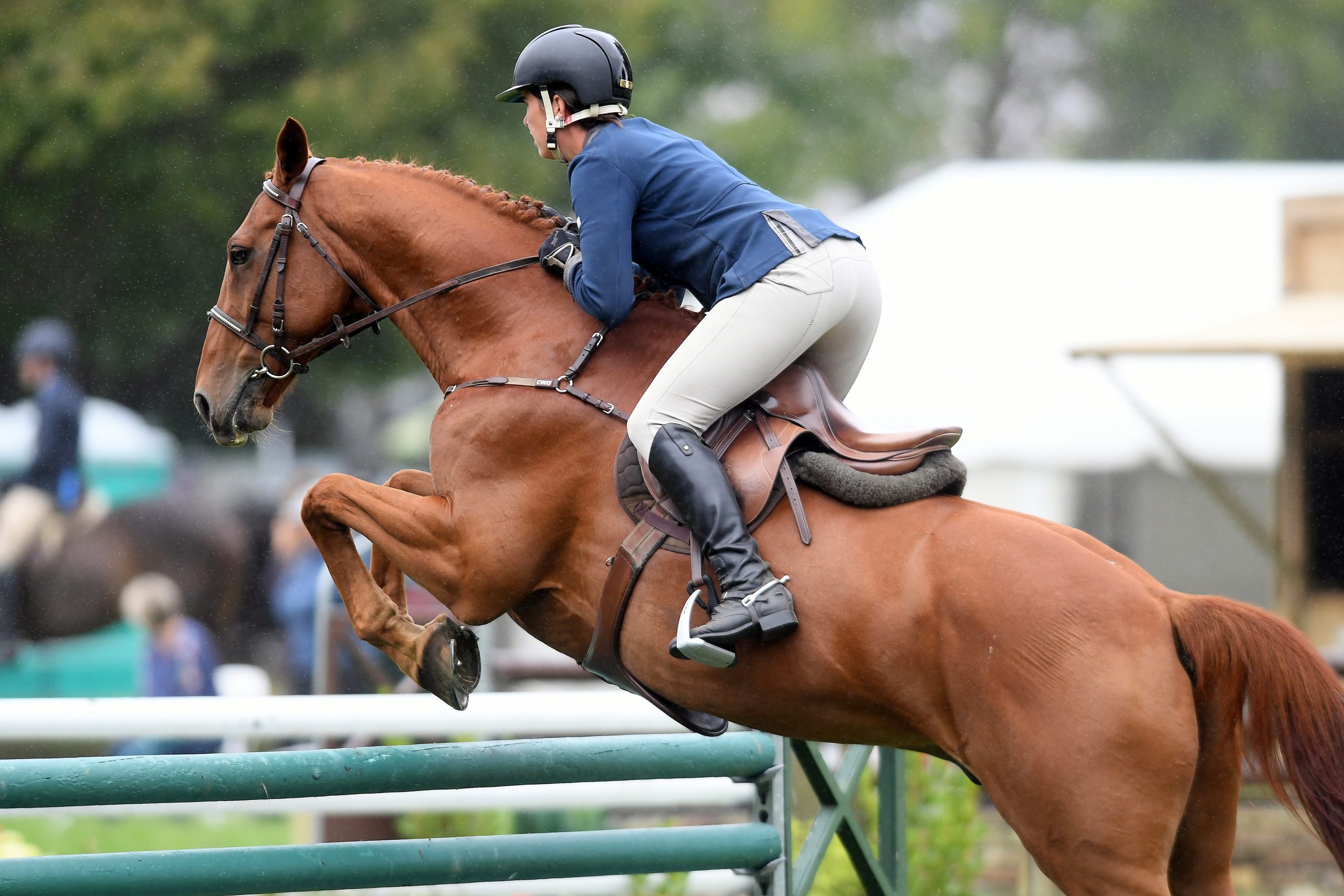 Show Hunter jumps have been designed to look more natural than those in the Show Jumping ring, using natural colours and brush in the jumps. The horses not only have to leave the poles up, but have to jump it in style. Rather than time, it is judged on style, technique and showmanship of horse and rider. 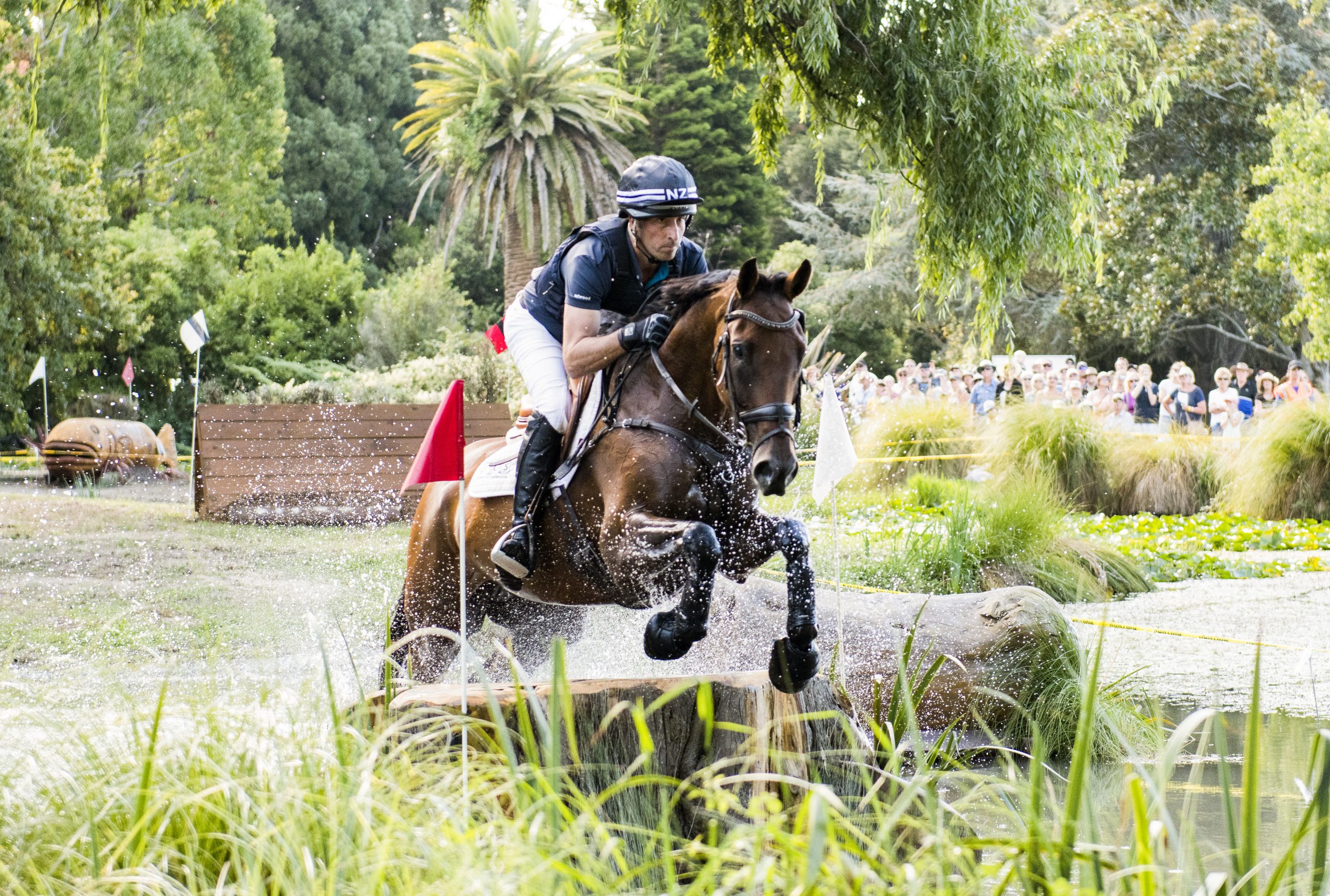 Eventing is often referred to as the ultimate test, consisting of three disciplines: Dressage, Cross Country and Show Jumping, which are run over three days. The scores in each discipline are cumulative over the three disciplines, allowing multiple changes in the leader board throughout. Cross-country day is a show stopping event; with horse and rider leaping over huge solid obstacles and through water over the long track. 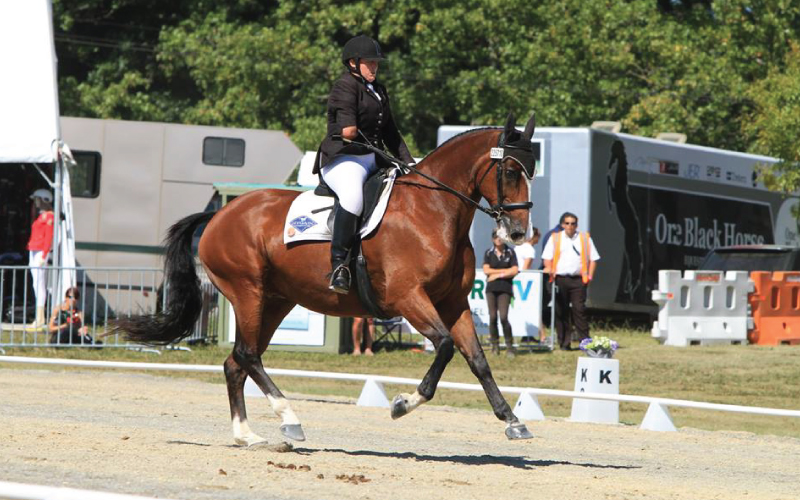 Judged like a dressage test, para-equestrian allows riders with varying disabilities to compete alongside their peers. The riders are classed in one of five grades: Ia, Ib, II, III and IV depending on degree of impairment, including vision loss. Classification allows athletes to compete against other athletes with similar levels of physical ability. Approved supporting aids are permitted according to individual rider classification. 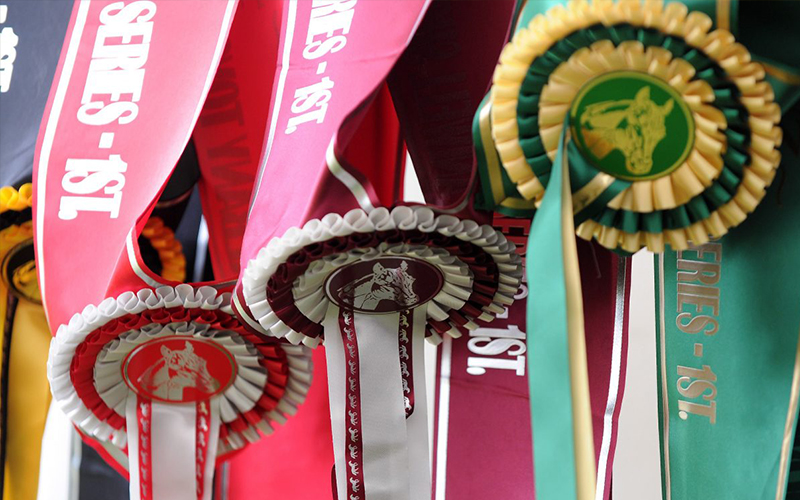 NZ Sport Horse competitors are mostly judged in-hand, with a small selection of ridden classes. Judged similarly to showing, these classes are usually young and not yet broken to saddle. They are judged on their suitability as future competitors in disciplines such as dressage, show jumping and eventing. Calm, well-mannered and well-built horses that move well are usually the ones to be deemed a future prospect and collect the ribbons. 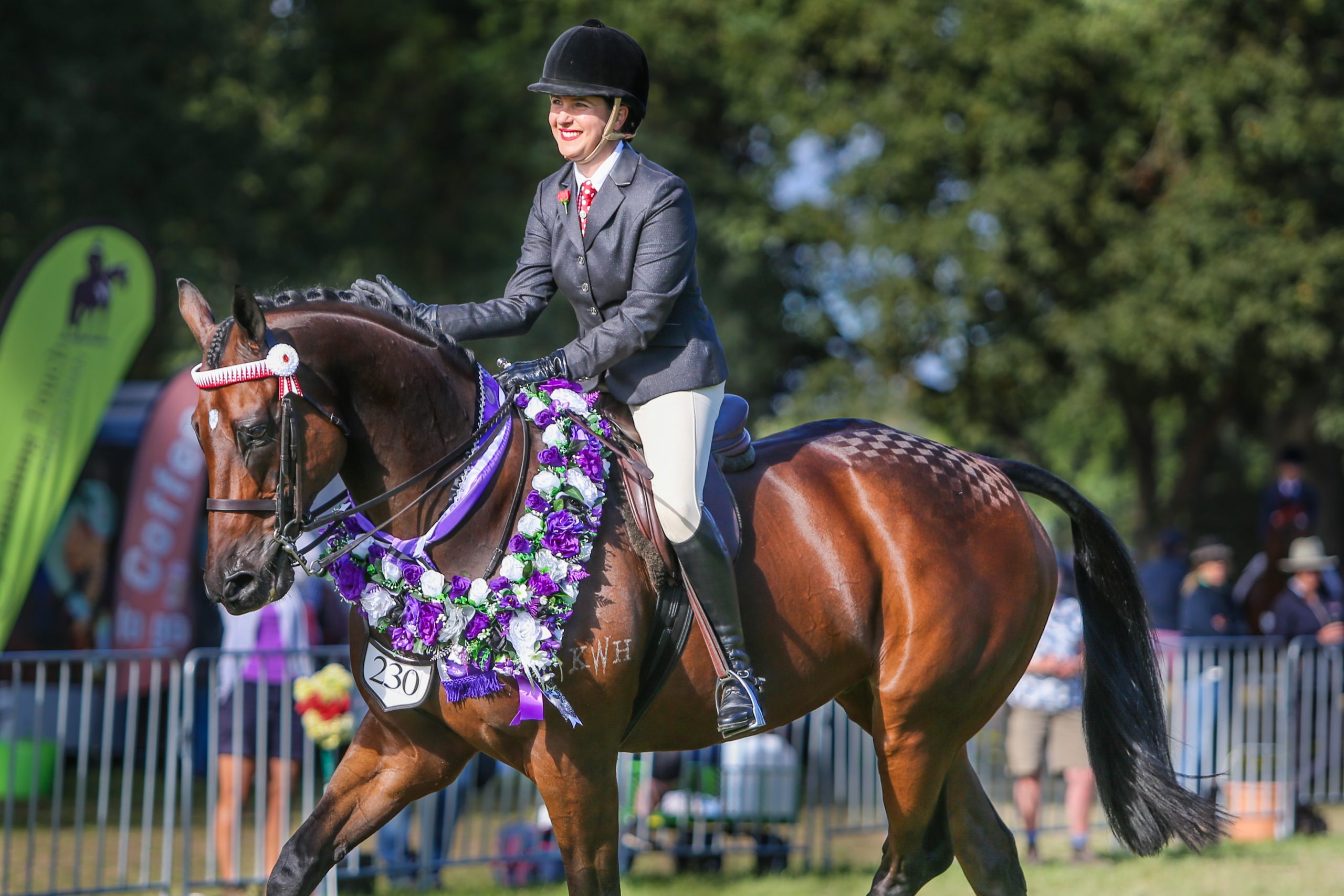 Showing is also known as ‘flat classes’, where horse can be led or ridden. They are judged on their structural beauty and elegance, paces, temperament and attitude. The combinations are presented to perfection, with not a hair out of place. Horses will be judged as a group, and then go and do an individual ‘workout’ which is when all eyes are on them and the chance for the horses to flaunt their beauty. 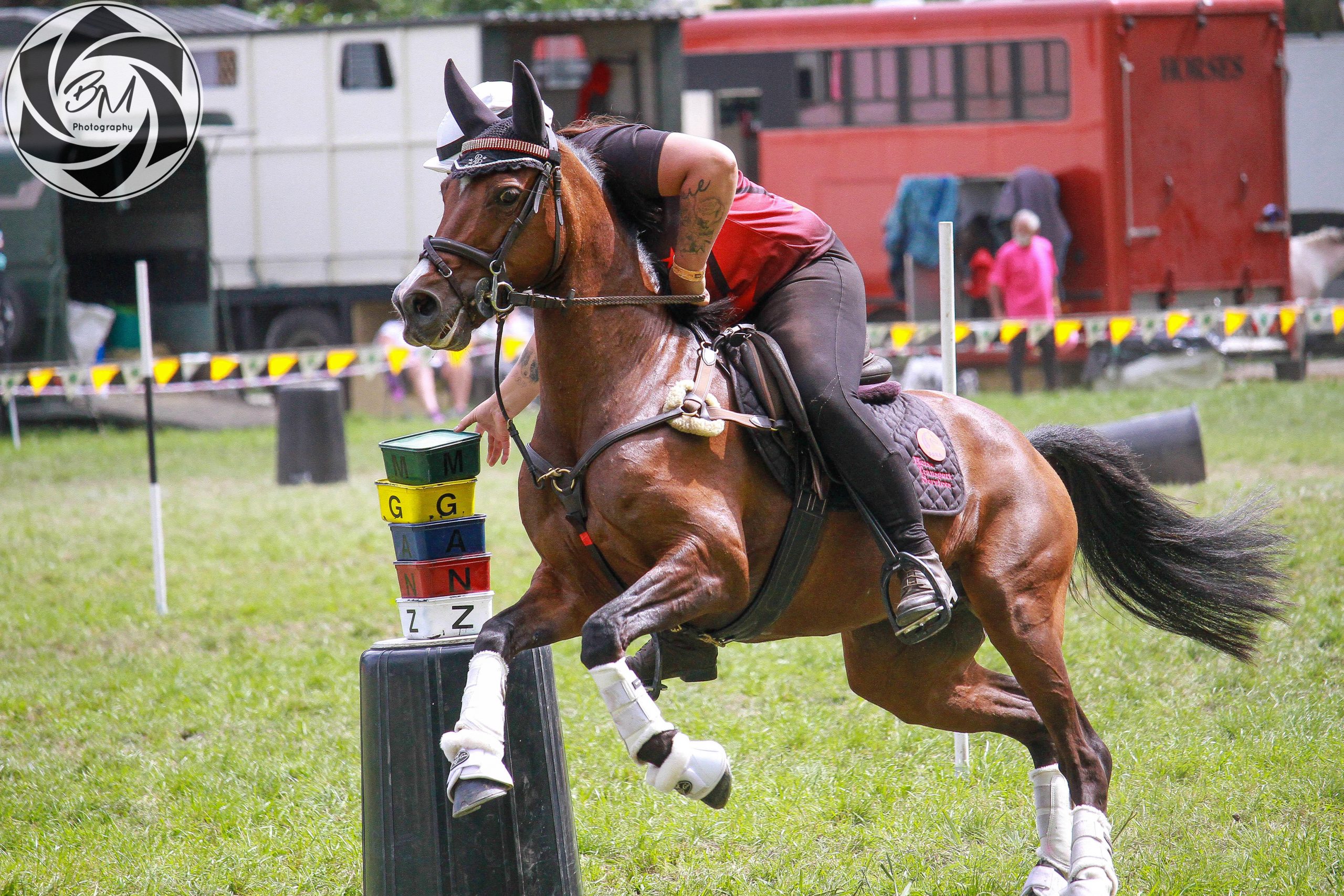 Performed at speed, mounted games involve racing between either teams, pairs or individuals. Each race consists of skills such as vaulting on and off the pony, picking objects up from the ground or placing objects on a pole or barrel. These all need to be performed at high speeds, so the horses need to be very agile. The races are not timed, they all race at the same time and the first to cross the finish line wins. 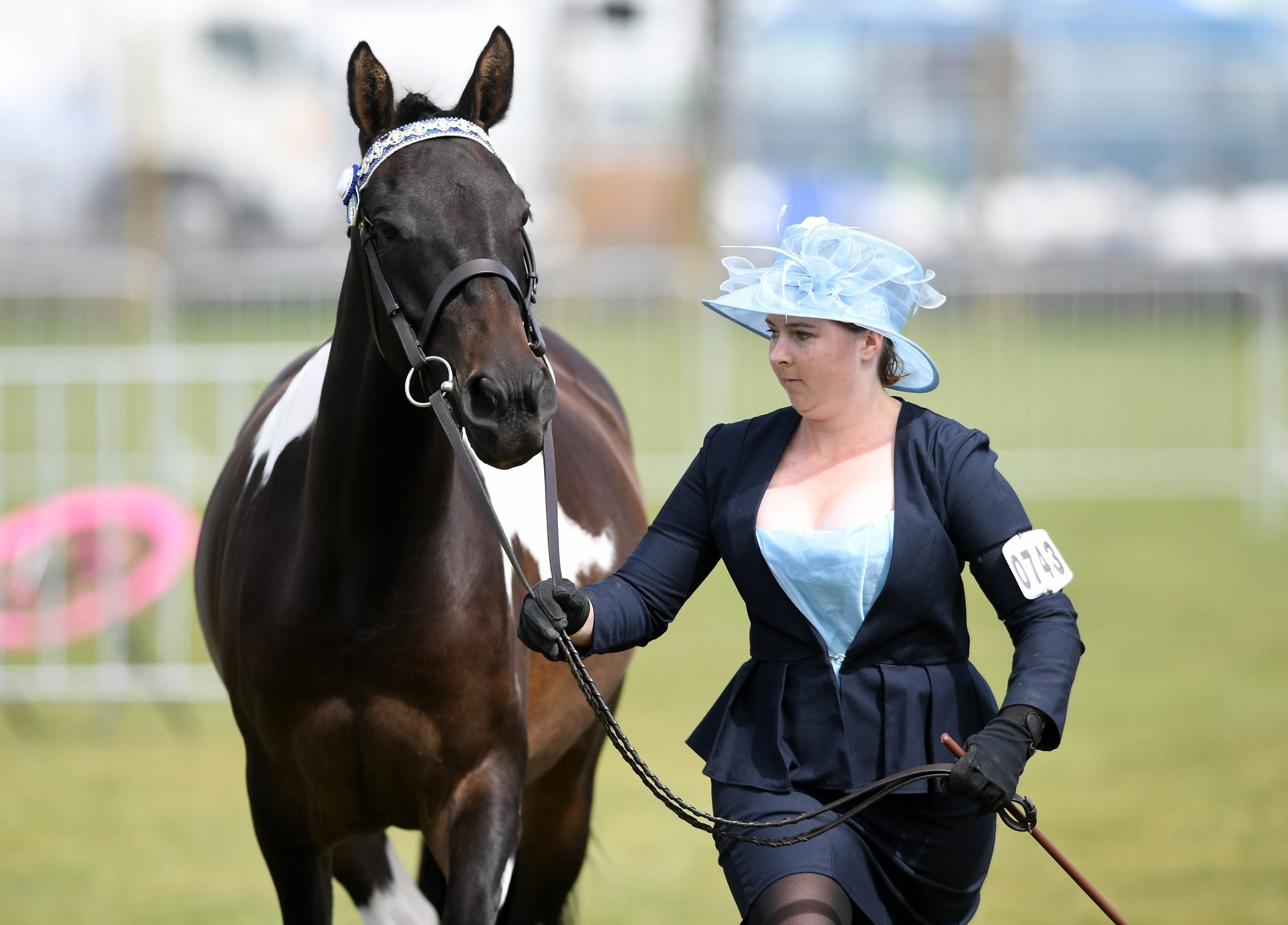 Judged as a showing class, the Pinto horses have a broken coloured coat pattern. They are judged both led and ridden, with young right through to adult. It features a range of horse and pony sizes and types, all oozing quality and showing off their ability while turned out to perfection. 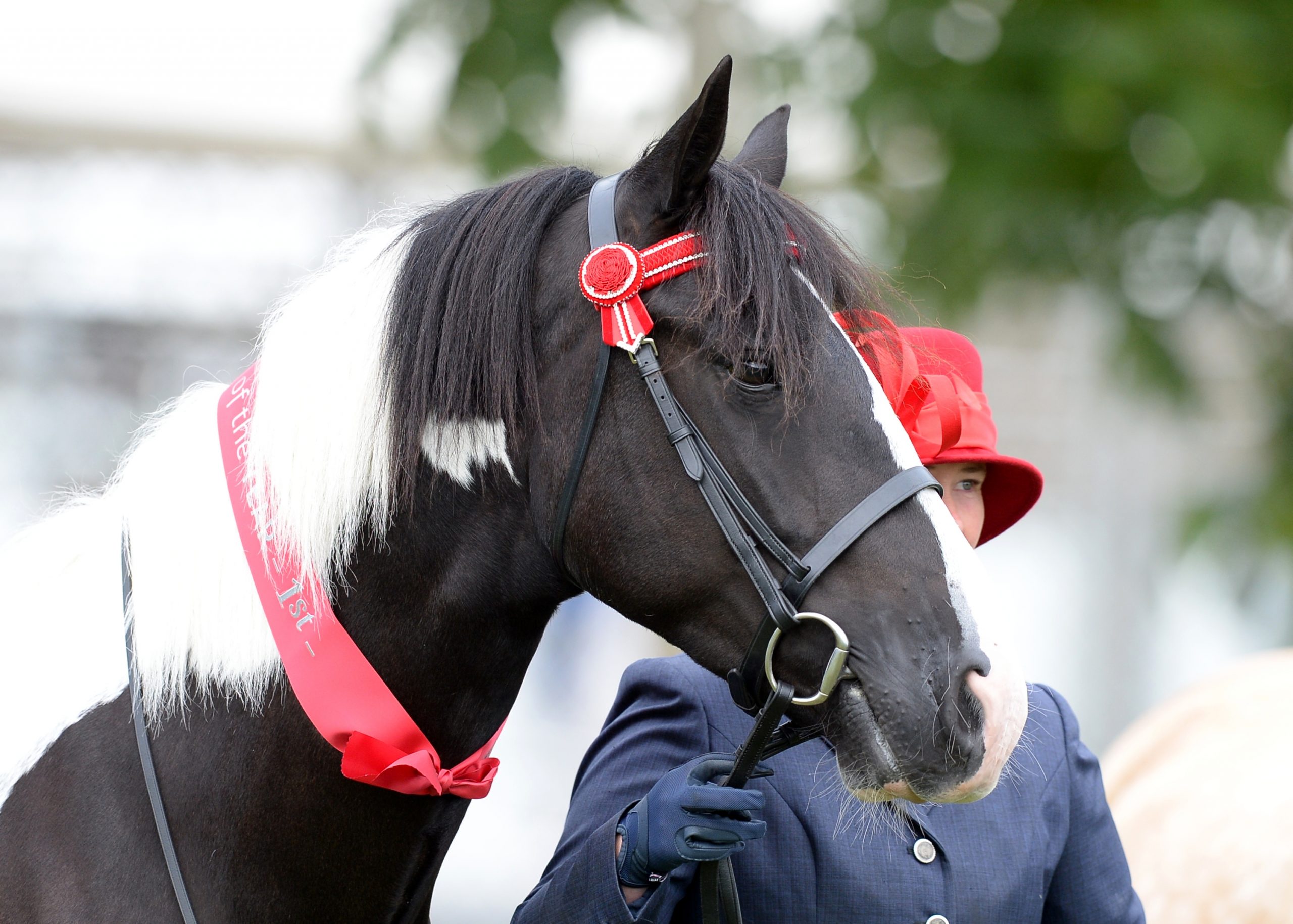 Gypsy Cobs are often smaller, stocky horses and come in a variety of colours. They feature long, flowing manes and tails, with fluffy feathers down their legs and feet. Also judged as a showing class, they are presented immaculately to show off their body, style and movement. 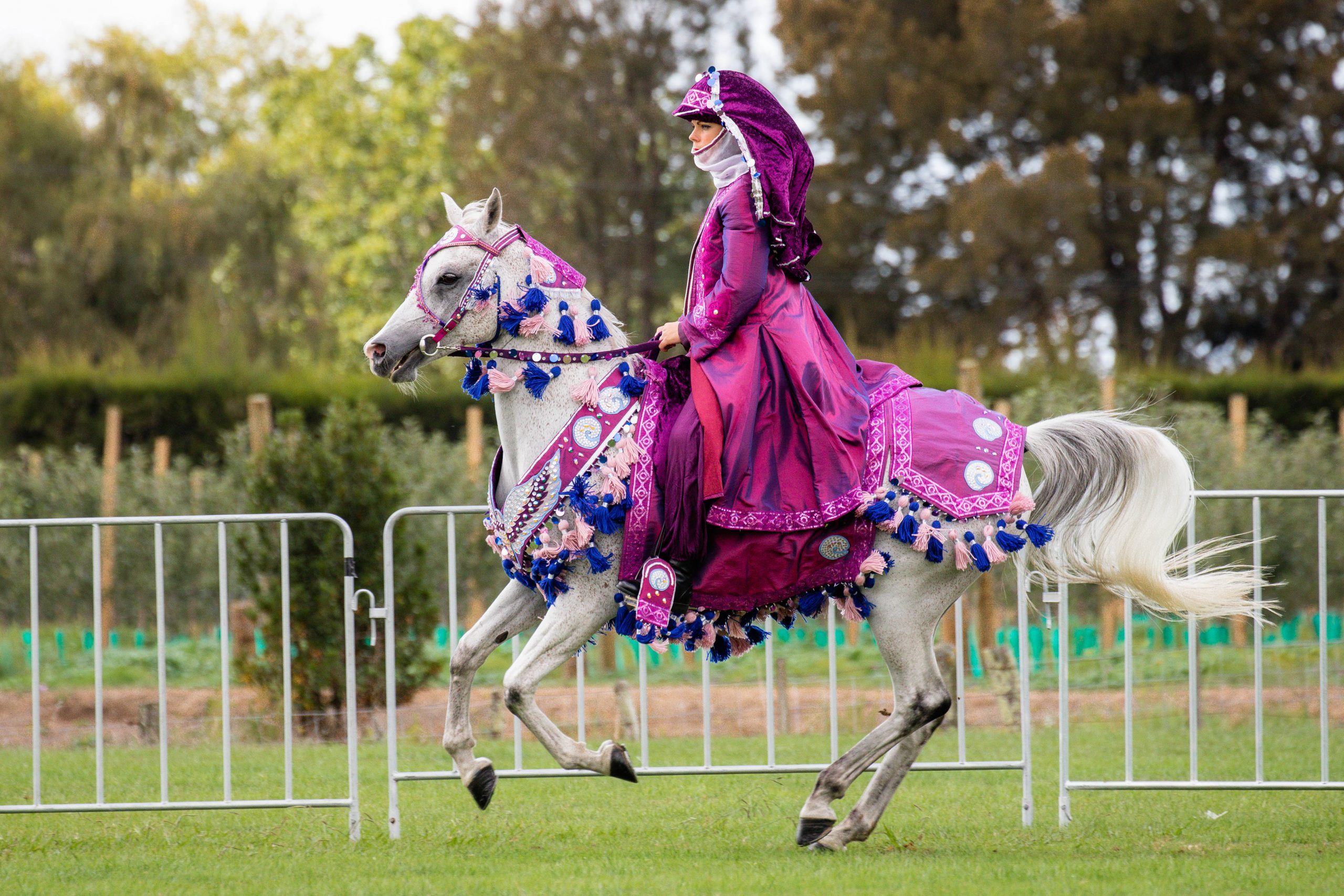 Also judged as a showing class, a highlight of the Arabian section is their one of a kind Ridden Costume Class, featuring the gorgeous Arabian horses in native or show costume. 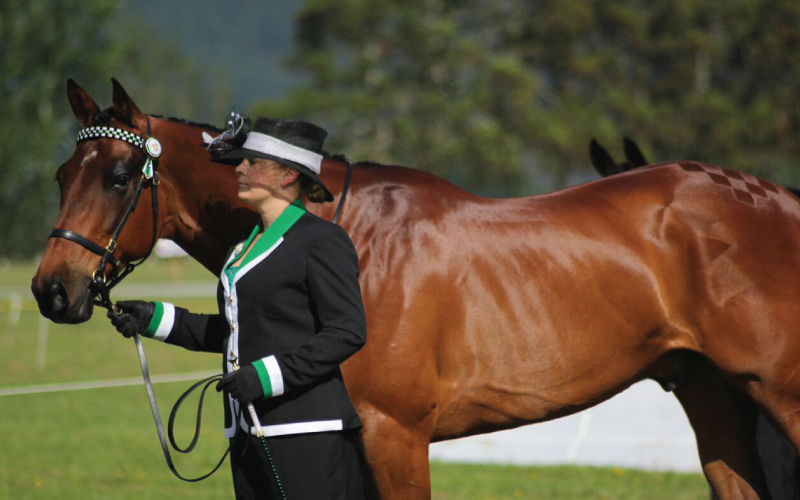 The Standardbred horses are anything but standard; showcasing the trainability, nature and beauty the breed have become known for. These horses have often already lived a life in the harness racing industry, quite different to their current life in the show ring. 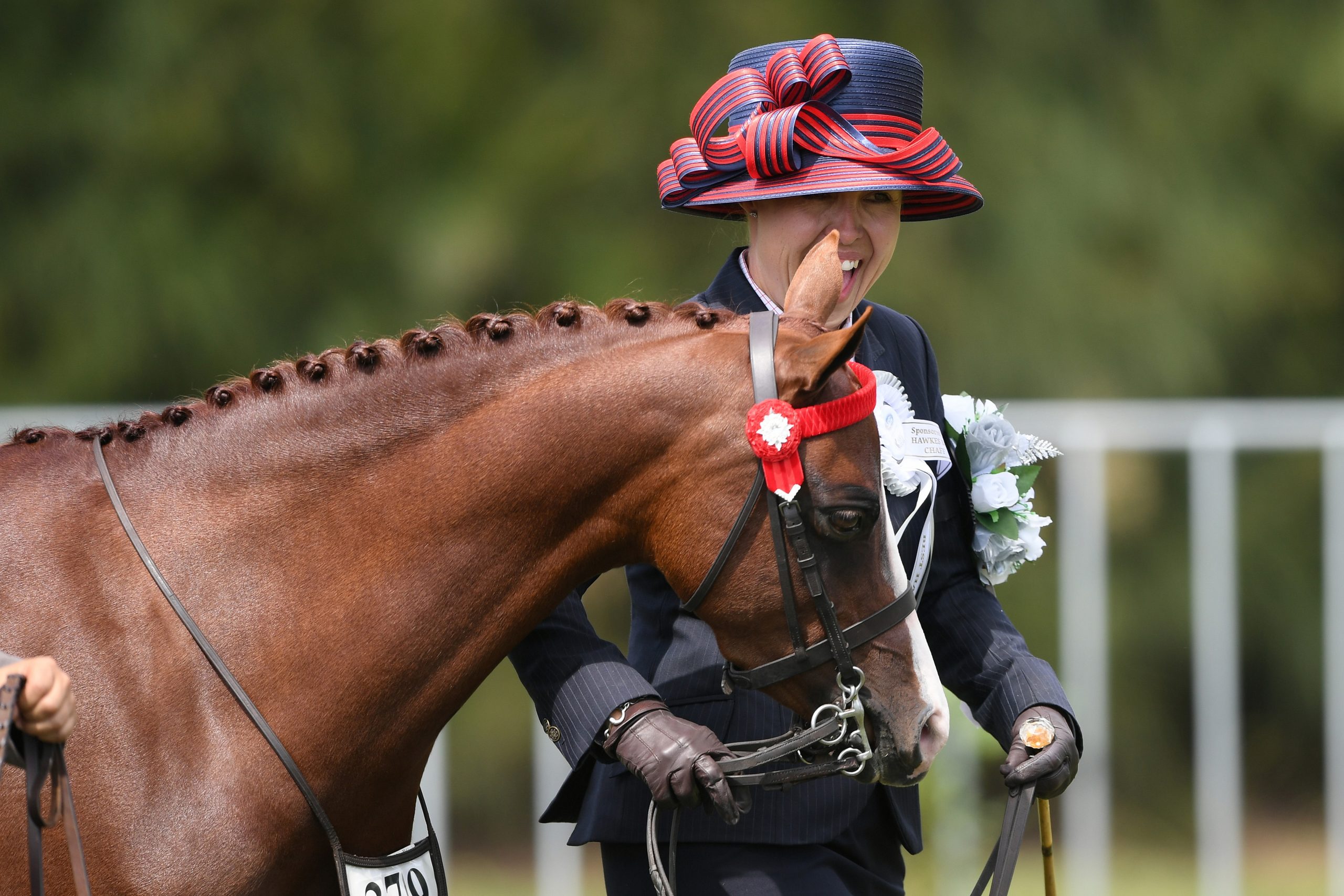 The welsh section show the strength, diversity and beauty of the breed, which was originally used in the coal mines. Although small in size, they have great strength in harness. The top Welsh show ponies can still have their bloodlines traced back to their welsh heritage. 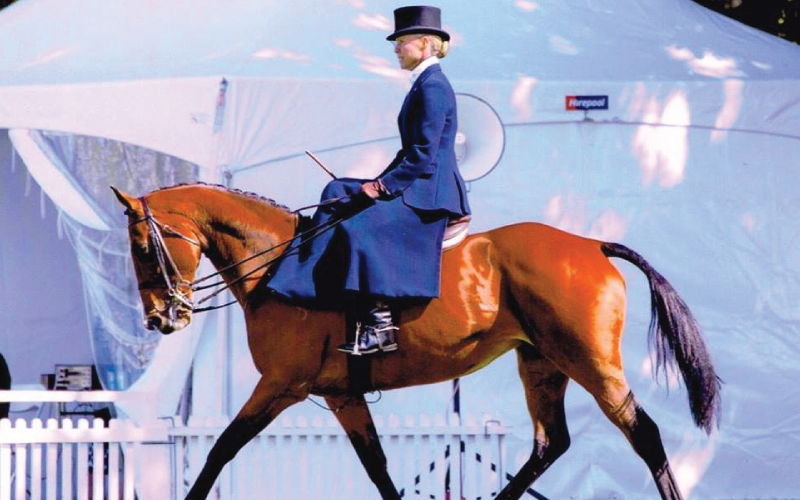 Sidesaddle riding is a form of equestrianism that uses a type of saddle which allows a rider (usually female) to sit aside rather than astride an equine. Sitting aside dates back to antiquity and developed in European countries in the Middle Ages as a way for women in skirts to ride a horse in a modest fashion while also wearing fine clothing 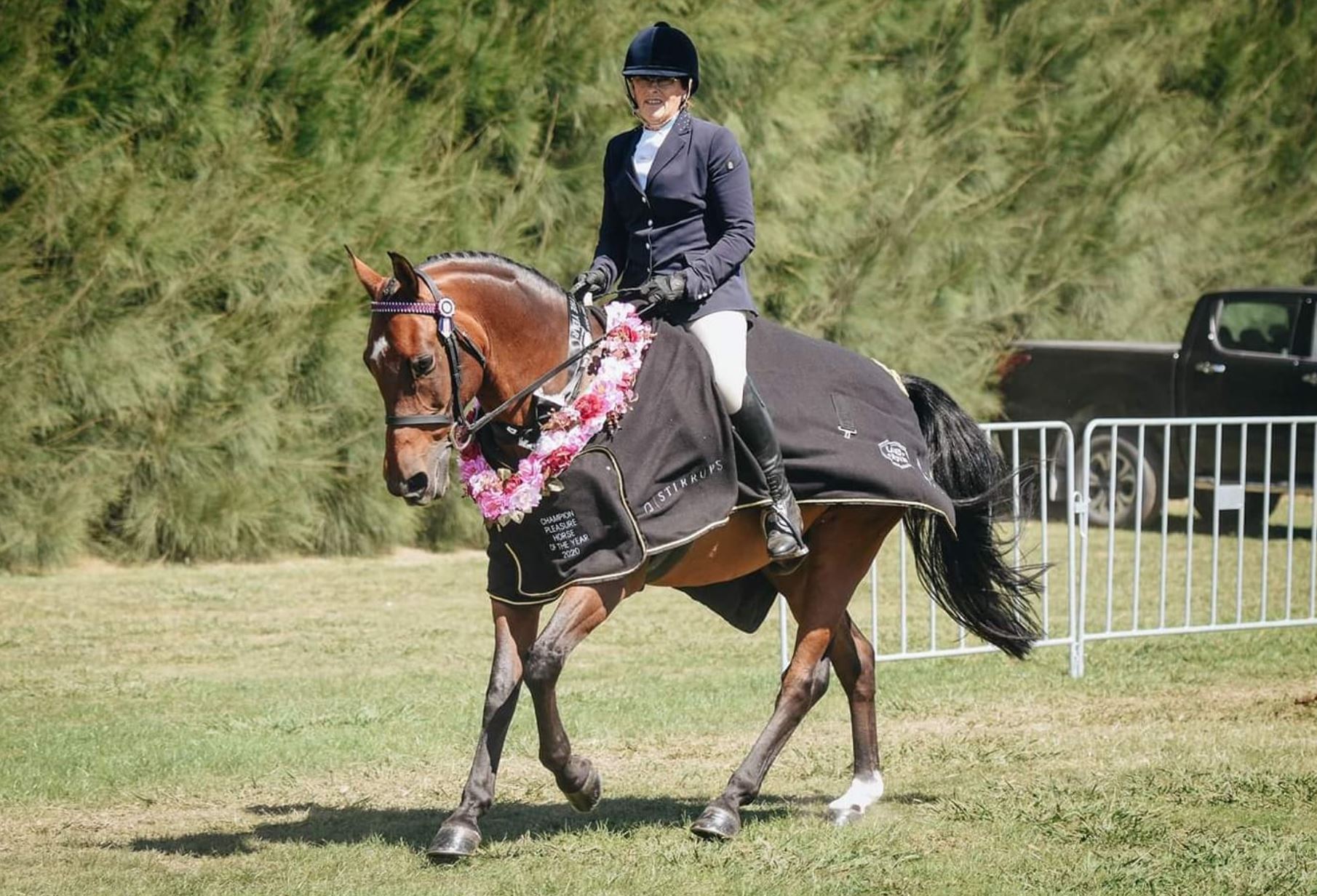 Pleasure riding is a discipline that encompasses many forms of recreational riding for personal enjoyment. Pleasure showing is for animals of ordinary quality and a good disposition whose riders enjoy the competition.

At shows the Pleasure section is based on the performance of the horse rather than his or her conformation.   Mounts are judged on manners, performance and way of going.